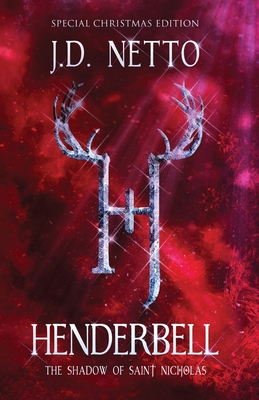 THIS SPECIAL CHRISTMAS EDITION FEATURES THE SHORT STORY "WHISPERS IN THE DARK" ALONG WITH A BRAND NEW COVER, CHARACTER SKETCHES, AND A BRAND NEW LAYOUT

"Maybe this was the reason why I always felt like an outsider growing up. I never belonged in the ordinary. I was born to live amidst magic." Enzo Griffin

Enzo and Ava Griffin never expected to face their worst nightmare on Christmas eve. Though they always dreamed of magic, they never thought of its actual existence, and the consequence it carries. During a violent snow storm, they're visited by foul creatures called Shadow Spirits. The eerie beings kidnap both of their grandparents, vanishing into a portal found on the bark of a tree.

After the frightening incident, Enzo and Ava discover Henderbell, a world full of magic, wonder, and secrets. But an impending doom is revealed to them. The king and queen of Henderbell are missing, and their absence could trigger the destruction of this new-found world and the human realm. On the quest to find both Henderbellian rulers, Enzo and Ava learn of a curse placed upon their own bloodline. But other ancient enemies have risen from their graves, seeking revenge for a past unknown to them.

Enzo and Ava find friendship, courage, and love as they face unimaginable darkness in the quest to redeem the world they belong and the one they live in.

Can you discover the curse hidden in the shadows?