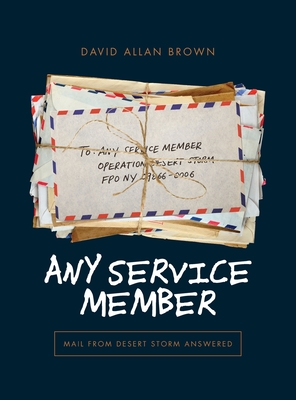 The enclosed letters were selflessly authored by individuals from around the country who took the time to write unknown soldiers during Operation Desert Shield and later, Operation Desert Storm. Presented in their raw and unadulterated form, other than the omission of the writers' home address, readers will be enthralled by the kind words and wishes of women, men, children, schools, & businesses alike who took the time to express their gratitude and support. Addressed to "Any Service Member," these letters, cards, and art, served as a powerful force that oftentimes provided soldiers the motivation to push through the fear and anxiety and ultimately, earn a victory in the deserts of Iraq and Kuwait. Due to lack of time and the demands of combat, I was unable to respond to most who wrote, but this novel seeks to right that wrong. Let this text serve as an overdue and well-deserved heart-felt, "Thank you," for the selfless acts of kindness and support by random American patriots. I hope that this text reaches those who contributed to the war effort through their letters of encouragement. I am deeply indebted to each and every one of you.