Caste (Oprah's Book Club): The Origins of Our Discontents (Hardcover)

NEW YORK TIMES BESTSELLER • OPRAH’S BOOK CLUB PICK • The Pulitzer Prize–winning, bestselling author of The Warmth of Other Suns examines the unspoken caste system that has shaped America and shows how our lives today are still defined by a hierarchy of human divisions.

“As we go about our daily lives, caste is the wordless usher in a darkened theater, flashlight cast down in the aisles, guiding us to our assigned seats for a performance. The hierarchy of caste is not about feelings or morality. It is about power—which groups have it and which do not.”

In this brilliant book, Isabel Wilkerson gives us a masterful portrait of an unseen phenomenon in America as she explores, through an immersive, deeply researched narrative and stories about real people, how America today and throughout its history has been shaped by a hidden caste system, a rigid hierarchy of human rankings.

Beyond race, class, or other factors, there is a powerful caste system that influences people’s lives and behavior and the nation’s fate. Linking the caste systems of America, India, and Nazi Germany, Wilkerson explores eight pillars that underlie caste systems across civilizations, including divine will, bloodlines, stigma, and more. Using riveting stories about people—including Martin Luther King, Jr., baseball’s Satchel Paige, a single father and his toddler son, Wilkerson herself, and many others—she shows the ways that the insidious undertow of caste is experienced every day. She documents how the Nazis studied the racial systems in America to plan their out-cast of the Jews; she discusses why the cruel logic of caste requires that there be a bottom rung for those in the middle to measure themselves against; she writes about the surprising health costs of caste, in depression and life expectancy, and the effects of this hierarchy on our culture and politics. Finally, she points forward to ways America can move beyond the artificial and destructive separations of human divisions, toward hope in our common humanity.

Beautifully written, original, and revealing, Caste: The Origins of Our Discontents is an eye-opening story of people and history, and a reexamination of what lies under the surface of ordinary lives and of American life today.

Isabel Wilkerson, winner of the Pulitzer Prize and the National Humanities Medal, is the author of the critically acclaimed New York Times bestseller The Warmth of Other Suns. Her debut work won the National Book Critics Circle Award for Nonfiction and was named to Time’s 10 Best Nonfiction Books of the 2010s and The New York Times’s list of the Best Nonfiction of All Time. She has taught at Princeton, Emory, and Boston Universities and has lectured at more than two hundred other colleges and universities across the United States and in Europe and Asia.

“Magnificent . . . a trailblazing work on the birth of inequality . . . Caste offers a forward-facing vision. Bursting with insight and love, this book may well help save us.”—O: The Oprah Magazine

“Extraordinary . . . one of the most powerful nonfiction books I’d ever encountered . . . an instant American classic and almost certainly the keynote nonfiction book of the American century thus far. . . .Caste deepens our tragic sense of American history. It reads like watching the slow passing of a long and demented cortege. . . . It’s a book that seeks to shatter a paralysis of will. It’s a book that changes the weather inside a reader.”—Dwight Garner, The New York Times

“[Caste] should be at the top of every American’s reading list.”—Chicago Tribune

“Wilkerson’s book is a powerful, illuminating and heartfelt account of how hierarchy reproduces itself, as well as a call to action for the difficult work of undoing it.”—The Washington Post

“It is bracing to be reminded with such precision that our country was built through genocide and slavery. But Ms. Wilkerson has also provided a renewed way of understanding America’s longest, fiercest trouble in all its complexity. Her book leaves me both grateful and hopeful. I gulped it down.”—Tracy Kidder, Pulitzer Prize-winning author of Mountains Beyond Mountains

“Like Martin Luther King, Jr. before her, Isabel Wilkerson has traveled the world to study the caste system and has returned to show us more clearly than ever before how caste is permanently embedded in the foundation and unseen structural beams of this old house called America. Isabel Wilkerson tells this story in prose that is so beautiful, the only reason to pause your reading is to catch your breath. You cannot understand America today without this book.”—Lawrence O'Donnell

“Similar to her previous book, the latest by Wilkerson is destined to become a classic, and is urgent, essential reading for all.”—Library Journal (starred review)

“This is a brilliant book, well timed in the face of a pandemic and police brutality that cleave along the lines of a caste system.”—Booklist (starred review) 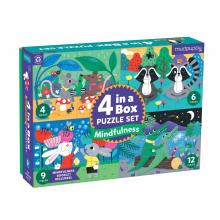 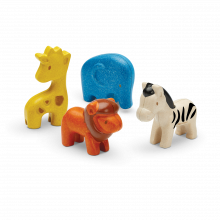 This adorable set of tiny animals is perfect for little babies learning to stretch their imaginations and indulge in pretend play. These toys also...