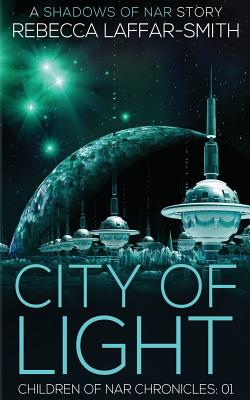 Sixteen-year-old Niah hates seeing the dead starship captain in her face. It's a constant reminder that she only exists to complete his mission: to save the world. She was supposed to be a perfect copy, a clone, but she's not. Something went wrong, a genetic mistake making her someone new.

That genetic mistake is killing her.

After a two-hundred year journey, Starship Elixr is returning to Nar. They finally found the cure that will save the planet from eternal darkness. But no one counted on Niah and her sister Wish, the backup plan of a malfunctioning droid and a now crew-less ship. The people of Nar have waited lifetimes for Captain Bellamy's return...

But not everyone wants to be saved.

In the depth of a world's despair, Lord Oliver saw an opportunity. He created an exclusive refuge, a virtual world where, for a price, you never had to experience a sunless sky again. But the starship's return threatens everything he built. And the life of a young girl is a small price to pay for power.

Niah needs to save her sister. If she can fix her spaceship she might just save the world. But can she save herself?

For fans of Stargate: Atlantis, Lost in Space, and Ender's Game
comes a new adventure in space...