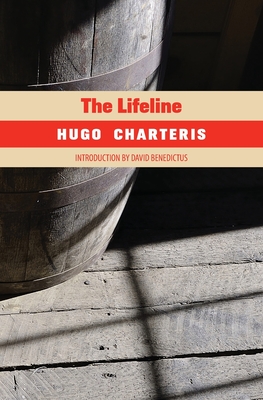 In 1958 Tulloch Traquhair, a bearded, booming giant of a man, comes up to far northern Scotland to reopen the Strathire Arms, one of the two pubs in tiny Fluach. The pub belongs to his friend Johnny Stephenson, who is currently spending some time at Her Majesty's pleasure.

Traquhair immediately makes himself felt. Known nation-wide as Little John in a recent television serial of Robin Hood, there are certain expectations which precede him, but he quickly builds upon these a reputation for garrulous directness, self-assurance and outr mystery. With him comes his 'secretary' Meldrum, a neat, quiet man (the very opposite of Traquhair) whose taciturnity and odd ideas flummox the locals.

Their incoming proceeds with hugely varying rates of success. Many establishment types suspect Traquhair to be of the same make as his incarcerated friend Stephenson, about whom he is uncharacteristically silent. Does he have the money to pay for the renovations to the decrepit pub? What exactly is his purpose in being there? Where on earth is all that whisky coming from? Then, when the Fluach Rangers ask him to preside over their yearly selection of a football queen at the end of season dance, and Traquhair selects a pregnant teenager and a local teddy-boy to be on the shortlist, eyebrows raise ever higher....

Somehow, through accident, intricate brazenings out and sheer will, Traquhair wins almost everyone over, and turns his eccentricities to good account without giving too much away. The Cullan Games are coming, and the Canadian prime minister will visit as notable guest - to Traquhair's surprise, the Amenities Committee select him as Chieftain of the Games. What could possibly go wrong?

In this stunningly written comic tour-de-force, Hugo Charteris negotiates big personalities, small-mindedness, private agendas and public uproar in magnificent style. The Lifeline, first published in 1961, is one of the most delicately written and subtle studies of complex people this notably original author produced, as well as holding a place among the funniest novels of the postwar era.