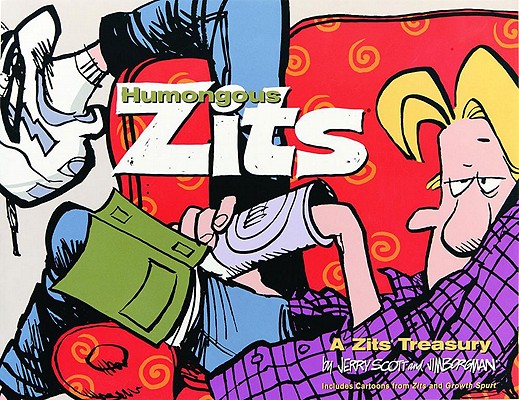 This is book number 3 in the Zits series.

Adolescence is a time of painful growth and unpredictable change, when kids come packaged in a jumble of baggy jeans, rolling eyeballs, and grunting communication. Cartoonists Jerry Scott and Jim Borgman have captured the humor of that challenging time with Zits, in which they chronicle the life and times of the typically exasperating yet ever lovable Jeremy Duncan.

In this first Zits treasury, faithful fans of Jeremy's world will get a glimpse behind the scenes with never-before-seen sketches and the stories behind the strips. Sunday cartoons appear in full-color, highlighting the strip's acclaimed drawing style.

Even though the teenage terrain is rocky, Zits is warm and sympathetic. "The highest compliment we hear from readers is, 'You must have a camera hidden in our house!'" says Borgman.