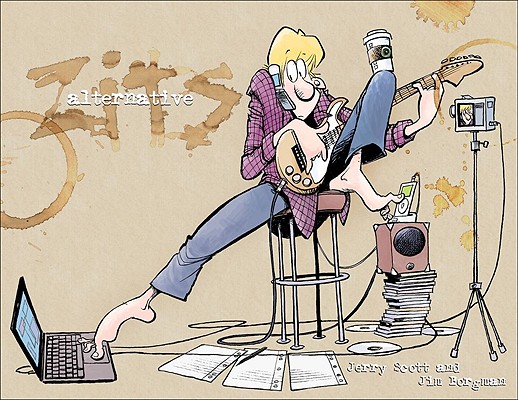 This is book number 18 in the Zits series.

In Zits, Jerry Scott and Jim Borgman sublimely manipulate the two seemingly disparate worlds of teenagedom and parenthood to create a strip that is equally enjoyed by teens and their parents. Twice honored as the Best Newspaper Comic Strip, Zits appears in more than 1,500 newspapers and entertains a fan base of more than 45 million.

Appealingly portraying the angst and insecurities associated with growing up, Alternative Zits: A Zits Treasury follows sixteen-year old Jeremy Duncan as his parents, Connie and Walt, masterfully guide him through life's everyday challenges. This collection features all strips from Are We Out of the Driveway Yet? and Rude, Crude, and Tattooed.