The Adventures of Tom Sawyer (Hardcover) 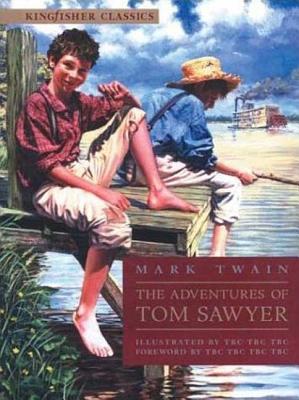 Tom Sawyer has an eye for adventure and is always getting into scrapes with his friends and partners in crime, Huck Finn and Joe Harper. His escapades often lead him into dangerous and desperate situations, but he always turns these to his advantage.

Mark Twain was a humorist, satirist, lecturer and writer. Twain is most noted for his novels Adventures of Huckleberry Finn, which has since been called the Great American Novel, and The Adventures of Tom Sawyer. During his lifetime, Twain became a friend to presidents, artists, leading industrialists and European royalty.Claire Fletcher gained acclaim with her first picture book, The Snow Angel.Katherine Paterson's international fame rests not only on her widely acclaimed novels but also on her efforts to promote literacy in the U.S. and abroad. A two-time winner of the Newbery Medal and the National Book Award, she was the 1998 recipient of the Hans Christian Andersen Medal and was recently given the Governor's Award for Excellence in the Arts by her home state of Vermont. Her latest novel for Clarion was The Same Stuff as Stars. She lives in Barre, Vermont, where part of this story takes place. Katherine Paterson is the recipient of the 2006 Astrid Lindgren Memorial Award, which celebrates her life's work. Claire Fletcher gained acclaim with her first picture book, The Snow Angel. 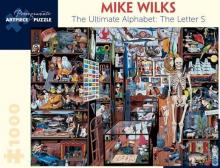 Celebrate the beauty of odds and ends with this Pomegranate Artpiece Puzzle. With art from Mike Wilks, this puzzle combines 1000 interlocking...