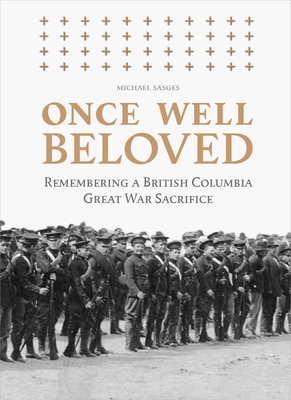 “Our well beloved dead who died that we might live.”
In the town of Merritt, in British Columbia’s Nicola Valley, stands a granite cenotaph erected in memory of 44 men who died soldiering in the First World War. Those men came from a Nicola Valley that had been suddenly and dramatically settled just a decade before by the will of railway executives and the arrival of British colliers.
Twelve of those soldiers are the subject of these pages—and through them, we meet the men, women and children of the Nicola Valley, the dead and their survivors: the people who built and were built by a Canadian community that was also distinctly British Columbian.

Michael Sasges is a retired journalist and the former director of the Nicola Valley Museum.

"For many small towns around the world, World War I was a seismic event, and the Canadian town of Merritt in British Columbia’s Nicola Valley is a prime example. A town that even today only has a few thousand residents lost forty-four men in the Great War, and Michael Sasges tells a few of their stories in Once Well Beloved. This short volume includes five stories covering a dozen soldiers whose names appear on Merritt’s memorial cenotaph: the first three to die; an Indigenous soldier; those who fell in the battle of Vimy Ridge; a soldier who earned a Distinguished Service Order; and the last three to fall. These accounts rely on contemporaneous local newspaper reporting and other archived documents and read like a string of newspaper features; some were previously published in that format. Numerous photographs of Nicola Valley soldiers, from studio portraits and family pictures to group shots of them in uniform and stills of their memorials, are a welcome addition. So are the quotes from soldiers describing their experiences at the front, taken from their correspondence to loved ones back in British Columbia. These help to further humanize and differentiate the soldiers. Sasges provides additional context throughout the book, detailing what Merritt was like at the time, the kinds of careers the young men left behind when they shipped off, and how Canada’s obligation to fight as part of the United Kingdom helped to prompt discussions of independence. He also tracks how some of the men’s families arrived in the area and, through the story of Tommy Charters, explains the added challenges faced by Indigenous soldiers. Once Well Beloved is a well reported historical document about the great impact of World War I on a small Canadian community." —Jeff Fleischer, Foreword Reviews