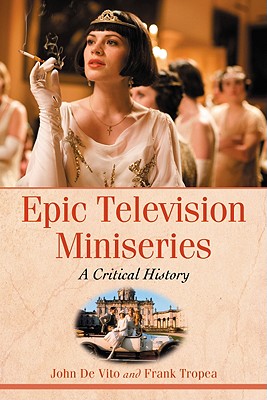 To paraphrase silent movie queen Norma Desmond in Billy Wilder's classic 1950 film Sunset Boulevard, "The epic miniseries are big It's television that got small " This is especially true when one compares such iconic epic miniseries as Rich Man, Poor Man (1976), Roots (1977), Holocaust (1978), Shogun (1980), The Winds of War (1983), War and Remembrance (1988-89) and Angels in America (2003) to today's ordinary television programming. This work traces the historical trajectory of the epic miniseries and delves into the character archetypes and themes that recur in the genre, giving close critical attention to more than 40 miniseries. A filmography is included.

Author John De Vito currently works in the media center of the Boston Public Library, where he serves as a member of the film selection committee. Frank Tropea attended the University of Massachusetts--Amherst and went on to receive his M.A. from Harvard University. He lives in Somerville, Massachusetts. 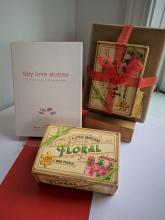 Let them know how you feel with love stories and flowers Show your loved ones that you love them. This floral mini puzzle box can't be beat, and...