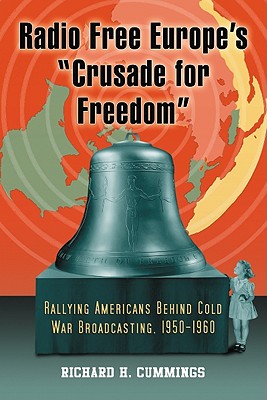 From 1950 to 1960, millions of Americans participated in Radio Free Europe's "Crusade for Freedom." They signed "Freedom Scrolls" and "Freedom Grams," attended Crusader meetings, marched in parades, launched leaflet-carrying balloons, and donated Truth Dollars in support of the American effort to broadcast news and other programming to the peoples of communist-governed European countries. The Crusade for Freedom proved to be a powerful tool of the state-private network's anti-communist agenda. This book takes an in-depth look at the Crusade for Freedom, revealing how its unmatched pageantry of patriotism led to the creation of a dynamic movement involving not only the government but also private industry, mass media, academia, religious leaders, and average Americans.