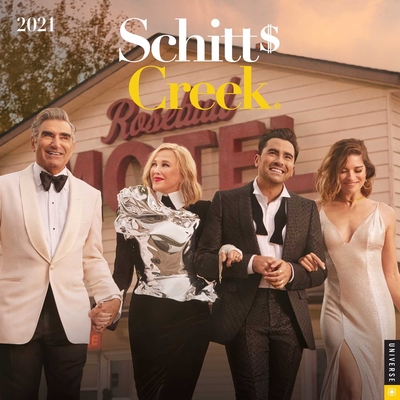 By ITV Ventures
Email or call for price.
Out of Print

The Schitt's Creek 2021 Wall Calendar features images from the buzziest comedies of the Peak TV era. Schitt's Creek centers on the formerly super-rich Rose family's attempts to regroup after losing it all in the small town they bought as a joke, Schitt's Creek.

A true television phenomenon, Schitt’s Creek is the creation of father-and-son team Eugene and Dan Levy, starring both alongside Catherine O’Hara, Emily Hampshire, Annie Murphy, and Chris Elliott. The 2021 calendar celebrates the culmination of the series, featuring 12 iconic moments and quotes from its sixth and final season.