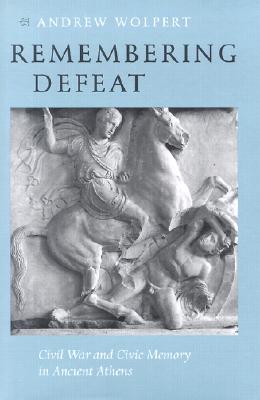 In 404 b.c. the Peloponnesian War finally came to an end, when the Athenians, starved into submission, were forced to accept Sparta's terms of surrender. Shortly afterwards a group of thirty conspirators, with Spartan backing (the Thirty), overthrew the democracy and established a narrow oligarchy. Although the oligarchs were in power for only thirteen months, they killed more than 5 percent of the citizenry and terrorized the rest by confiscating the property of some and banishing many others. Despite this brutality, members of the democratic resistance movement that regained control of Athens came to terms with the oligarchs and agreed to an amnesty that protected collaborators from prosecution for all but the most severe crimes.

The war and subsequent reconciliation of Athenian society has been a rich field for historians of ancient Greece. From a rhetorical and ideological standpoint, this period is unique because of the extraordinary lengths to which the Athenians went to maintain peace. In Remembering Defeat, Andrew Wolpert claims that the peace was negotiated and constructed in civic discourse and not imposed upon the populace. Rather than explaining why the reconciliation was successful, as a way of shedding light on changes in Athenian ideology Wolpert uses public speeches of the early fourth century to consider how the Athenians confronted the troubling memories of defeat and civil war, and how they explained to themselves an agreement that allowed the conspirators and their collaborators to go unpunished. Encompassing rhetorical analysis, trauma studies, and recent scholarship on identity, memory, and law, Wolpert's study sheds new light on a pivotal period in Athens' history.

Andrew Wolpert is an assistant professor of classics and history at the University of Wisconsin-Madison.