In Defence of Canada Volume I: From the Great War to the Great Depression (Paperback) 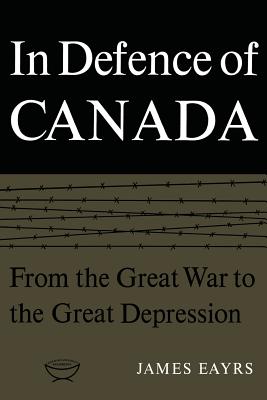 The years from 1919 to 1935 were not years in which defence was of pressing importance to the majority of Canadian politicians, yet this does not mean that the history of Ottawa's defence policies in this period of 'the fire-proof house' is dull or trivial. Professor Eayrs has had access to most of the documents, files, and diaries of these years, and from them has evolved a fascinating and well-written account of the attitudes and thoughts - and personalities - dominant at this time. Included in this survey are the story of the expedition to Siberia, the first account of the birth of the Royal Canadian Air Force, the defensive campaign waged by Walter Hose for the survival of the Canadian Navy, the founding of General McNaughton's 'Royal Twenty-Centers, ' and many other aspects of the military history of Canada in those years. Seen from the present day some episodes have, it must be admitted, a wry folly to them. The central thesis or moral that emerges from the work is that military and diplomatic considerations ought to be indissolubly combined in study and analysis as well as in formulation and execution.