In Defence of Canada Volume II: Appeasement and Rearmament (Paperback) 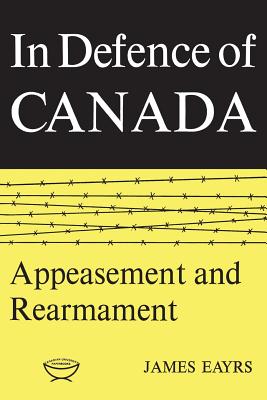 This is book number 2 in the Defence of Canada series.

In Defence of Canada: Appeasement and Rearmament is a companion and sequel to Eayrs' In Defence of Canada: From the Great War to the Great Depression (Toronto 1964). Like Volume I, Volume II rejects as outmoded and misleading the traditional division of national security policy into two compartments, one called foreign policy, the other, defence policy. Like Volume I, Volume II is meant to demonstrate that the military and diplomatic components of national security policy are, and ought to be, indissolubly combined, in study and analysis, as well as in formulation and execution. The emphasis in Volume II is mainly on the diplomatic: the tempo and importance of Canadian diplomacy steadily increase during the period with which it is concerned. That period opens with the Italian war aggression against Ethiopia in 1935. It closes in the late summer and early fall of 1940, as the twilight war becomes a total war.