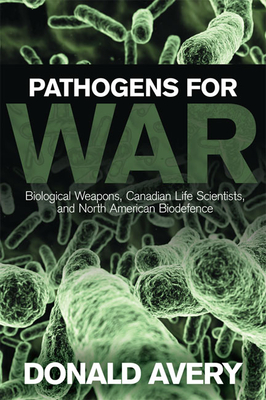 Pathogens for War explores how Canada and its allies have attempted to deal with the threat of germ warfare, one of the most fearful weapons of mass destruction, since the Second World War. In addressing this subject, distinguished historian Donald Avery investigates the relationship between bioweapons, poison gas, and nuclear devices, as well as the connection between bioattacks and natural disease pandemics. Avery emphasizes the crucially important activities of Canadian biodefence scientists - beginning with Nobel Laureate Frederick Banting - at both the national level and through cooperative projects within the framework of an elaborate alliance system.

Delving into history through a rich collection of declassified documents, Pathogens for War also devotes several chapters to the contemporary challenges of bioterrorism and disease pandemics from both national and international perspectives. As such, readers will not only learn about Canada's secret involvement with biological warfare, but will also gain new insights into current debates about the peril of bioweapons - one of today's greatest threats to world peace.