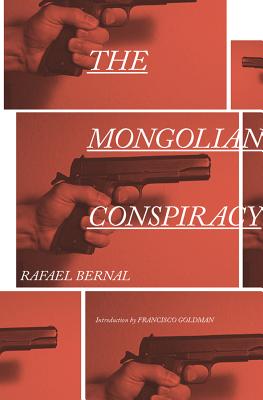 By Rafael Bernal, Katherine Silver (Translated by), Francisco Goldman (Introduction by)
Email or call for price

Only a couple of days before the state visit of the President of the United States, Filiberto García — an impeccably groomed "gun for hire," ex-Mexican revolutionary, and classic anti-hero — is recruited by the Mexican police to discover how much truth there might be to KGB and FBI reports of a Chinese-Mongolian plot to assassinate the Soviet and American presidents during the unveiling of a statue.

García kills various bad guys as he searches for clues in the opium dens, curio shops, and Cantonese restaurants of Mexico City’s Chinatown — clues that appear to point not to Mongolia, but to Cuba. Yet as the bodies pile up, he begins to find traces of slimy political dealings: are local gears grinding away in these machinations of an "international incident"? Pulsating behind the smokescreen of this classic noir are fierce curses, a shockingly innocent affair,smoldering dialog, and unforgettable riffs about the meaning of life, the Mexican Revolution, women, and the best gun to use for close-range killing.

Rafael Bernal (1915-1972) was a Mexican diplomat and novelist, best known for his crime novels, including The Mongolian Conspiracy (New Directions).

Francisco Goldman, the author of five novels, one book of nonfiction, won the Prix Femina for his latest, Say Her Name.

As in the pulp novels of yesteryear, through sparse narrative details and fast-paced dialogue, Filisberto endears himself to the reader as that street-hardened detective who can just never shake his sense of justice. In the tradition of the classic detective novel, a fun and action-filled read.
— Kirkus Reviews