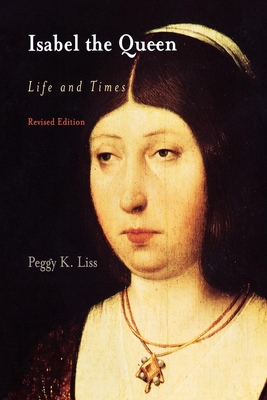 Queen Isabel of Castile is perhaps best known for her patronage of Christopher Columbus and for the religious zeal that led to the Spanish Inquisition, the waging of holy war, and the expulsion of Jews and Muslims across the Iberian peninsula. In this sweeping biography, newly revised and annotated to coincide with the five-hundredth anniversary of Isabel's death, Peggy K. Liss draws upon a rich array of sources to untangle the facts, legends, and fiercely held opinions about this influential queen and her decisive role in the tumultuous politics of early modern Spain.

Isabel the Queen reveals a monarch who was a woman of ruthless determination and strong religious beliefs, a devoted wife and mother, and a formidable leader. As Liss shows, Isabel's piety and political ambition motivated her throughout her life, from her earliest struggles to claim her crown to her secret marriage to King Fernando of Arag n, a union that brought success in civil war, consolidated Christian hegemony over the Iberian peninsula, and set the stage for Spain to become a world empire.

Peggy K. Liss is the author of Atlantic Empires: The Network of Trade and Revolution, 1713-1823 and Mexico Under Spain 1521-1556: Society and the Origins of Nationality.