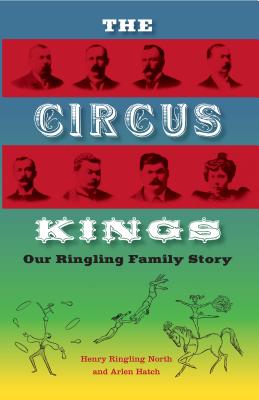 "Told in the first person with spirit, modesty, and almost stunning candor, . . . North's] intimate documentary of a restless, quarreling, affectionate, often vulgar, innately genteel, greedy and generous, tricky but honest, vividly imaginative clan comes perilously close to being a tour de force. . . . A wonderful and worthwhile book."--New York Times Book Review
"A fascinating, excellently written book for everyone, young or old, who has ever loved a circus."--Herald Tribune Book Review
After years of being out of print, the story behind "The Greatest Show on Earth" is back for new generations to discover. Through the early twentieth century, the Ringling Brothers created a spectacle like no one had ever seen, and one that still wows audiences to this day. Yet what most people do not know is that events behind the scenes rivaled the excitement and intrigue of the center ring.
Originally published in 1960, and told with remarkable honesty by the nephew of the original Ringling brothers, The Circus Kings remains a clear and unexaggerated telling of what the circus was like for those who lived it.

Alden Hatch was the author of more than thirty books, including biographies of Dwight Eisenhower, the Byrd family of Virginia, and Charles DeGaulle. He was also a collaborator on My Life with Martin Luther King by Coretta Scott King. Henry Ringling North ran Ringling Bros. and Barnum & Bailey Circus from 1936 to 1967, along with his older brother, John.