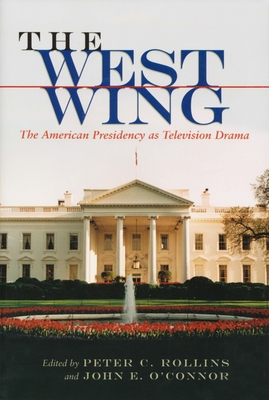 Informed by historical scholarship and media analysis, this book takes a critical look at the award-winning show from a wide range of perspectives. Media scholars Peter C. Rollins and John E. O'Connor make an important contribution to the field with an eclectic mix of essays, which translate the visual language of the onscreen politics of the series.

Peter C. Rollins is regents professor of English and American film studies at Oklahoma State University and editor-in-chief of Film & History: An Interdisciplinary Journal of Film and Television Studies. He is coeditor of Television Histories, and editor of The Columbia Companion to American History on Film. John E. O'Connor, professor of history at New Jersey Institute of Technology, is the coeditor of numerous books, including Hollywood in World War I and Hollywood's Indian. He is the cofounder, with Martin A. Jackson, of the Historians Film Committee.