Please Do Not Touch: And Other Things You Couldn't Do at Moss the Design Store That Changed Design (Hardcover) 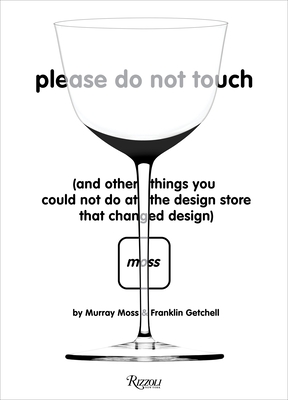 A witty and revealing memoir of the mid-1990s, when high design became art and there was no more exclusive club for high design than MOSS.

For almost twenty years the SoHo design gallery MOSS was the place where design, art, money, and glamour mixed. Murray Moss, the impresario behind the shop, and his partner, Franklin Getchell, were the leading arbiters of good taste and the new—launching the careers of now-established designers such as Studio Job and Maarten Baas while bringing back into fashion eighteenth-century porcelain and Tupperware. By mixing high and low MOSS shifted the design conversation from the galleries of MoMA to a storefront in SoHo. Please Do Not Touch is their witty insider confessions of that exciting time.

Natural storytellers, Moss and Getchell effortlessly weave entertaining and revealing tales that take the reader behind the scenes of MOSS’s famous opening night parties and spectacular projects and partnerships with never-before-seen photographs from their personal archives. A memoir by two legends of modern design, Please Do Not Touch is sure to become a “bible” for cognoscenti and students alike—transporting lovers of modern design back to the time when high design first broke all barriers.

Murray Moss is the legendary founder of MOSS. He is the recipient of the 2002 Chrysler Design Award and Russel Wright Award. In 2007, he was elected to Interior Design magazine’s Hall of Fame. He is a frequent guest lecturer at the Harvard Graduate School of Design, Yale School of Architecture, Aspen Institute, Cooper Hewitt Smithsonian Design Museum, and the TED conference. Franklin Getchell is Murray Moss’s life partner and was the managing partner of MOSS. He was an award-winning producer and executive for the Children’s Television Network before joining MOSS.