The Patricias: A Century of Service (Hardcover) 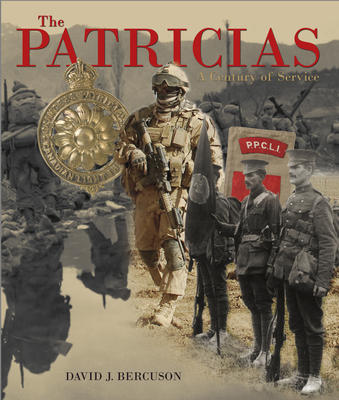 Formed in peacetime, forged in wartime, and formidable at all times, the Princess Patricia's Canadian Light Infantry (PPCLI) celebrate their 100th anniversary in 2014.

In The Patricias: A Century of Service, the Regiment's remarkable record of being "first in the field" of every war that Canada has fought in from the First World War to Afghanistan is gloriously documented in absorbing detail. Featuring engaging text that graphically describes the history of the Regiment from its founding in the summer of 1914 through to the spring of 2014 and augmented with hundreds of rare photographs from the battlefields to the barracks, detailed maps and memorabilia, and informative sidebars featuring testimonials from the soldiers in their own words, The Patricias: A Century of Service grippingly recounts the story and glory of this legendary unit that has served and protected this country both within Canada's own borders and around the world with resounding pride and courage.

Written by renowned historian Dr. David Bercuson and assembled by a team of experts including acclaimed archivist Donald B. Smith and retired PPCLI Major-General Robert Stewart, The Patricias: A Century of Service honours the bravery of those men whose commitment to serving and saving Canada has made us the nation we are today. The book comes complete with a DVD that features photographs and captions, CBC news broadcasts from Sicily, Northwest Europe, and Korea, a selection of maps, historic newsreels, and film footage, the regiment's "Roll of Honour," regimental music, and materials related to the regiment's 100th anniversary celebrations.