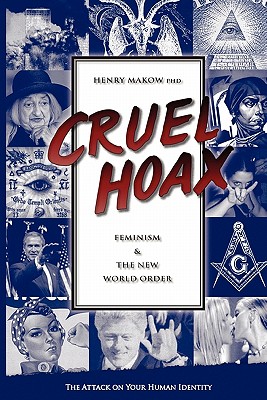 FEMINISM & HOMOSEXUALITY; HOW HETEROSEXUALITY WORKS Feminism, our official gender ideology, masquerades as a movement for woman's rights. In reality, feminism is a cruel hoax, telling women their natural biological instincts are "socially constructed" to oppress them. Feminism is elite social engineering designed to destroy gender identity by making women masculine and men feminine. Increasingly heterosexuals are conditioned to behave like homosexuals who generally don't marry and have children. Courtship and monogamy are being replaced by sexual promiscuity, prophesied in Aldous Huxley's Brave New World. Rockefeller and Rothschild created feminism to poison male-female relations (divide and conquer.) Their twin objectives are depopulation and totalitarian world government. Why? These bankers create money out of nothing and think they are God. "Cruel Hoax" shows the connection between feminism, Communism and 9-11. It examines male-female relations and shows how we can take back our heterosexuality.