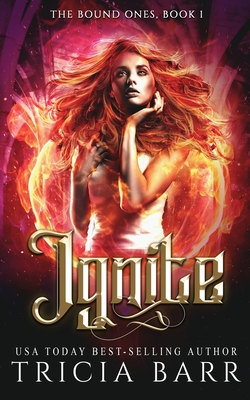 This is book number 1 in the Bound Ones series.

Phoenyx Blake has a secret. When she wakes in a dungeon with three strangers, she is forced to face it, which isn't easy seeing as her cellmate, Sebastian, has starred in her dreams. As days pass, they learn they are each one of the four elements bound in human form and they have been abducted by an ancient society that plans to kill them and steal their powers. If they hope to escape, they must master their powers, and Phoenyx must learn to let go of fear and let love in, before it's too late.