The Longest Suicide in Hollywood (Paperback) 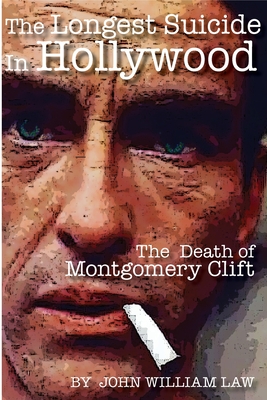 As matinee idols go, Montgomery Clift had the looks, the personality and the acting talent to climb to the top of the heap as one of Hollywood's leading men of the 1950s. Tackling westerns like The Search, suspense pictures like I Confess, war films like From Here to Eternity, to romance and drama in films like A Place in the Sun and The Heiress, Clift had it all.

However, having it all was not everything it was cracked up to be for this complex man. Struggling with stardom and his place in the limelight, Clift loved acting, but hated Hollywood. He shunned the spotlight and avoided Tinsel Town.

In 1956 during the making of Raintree County he was involved in a horrific car crash that nearly took his life. The difficult recovery left him addicted to drugs and alcohol to numb the pain. It was a slippery slope for a man who was already on the edge.

From 1956 until his death in 1966, insiders called it, "The longest suicide in Hollywood." Now, go behind the films, the life and the struggles of Montgomery Clift for a look at the highs and lows and difficult last years of one of Hollywood's brightest stars.