Ali Smith's Seasonal Quartet continues with another singular, timely installment.  Masterfully intersecting seemingly disparate storylines, Smith comments on the current political landscape in Britain (and the world!) through the circumstances of her uniquely human characters.  Humorous, heartfelt, full of biting commentary, and wonderfully written, there are no books better at thoughtfully capturing the times we live in today than Smith's.

Longlisted for the Orwell Prize for Political Fiction 2020

What unites Katherine Mansfield, Charlie Chaplin, Shakespeare, Rilke, Beethoven, Brexit,  the present, the past, the north, the south, the east, the west, a man mourning lost times, a woman trapped in modern times?

With an eye to the migrancy of story over time and riffing on Pericles, one of Shakespeare's most resistant and rollicking works, Ali Smith tell the impossible tale of an impossible time. In a time of walls and lockdown, Smith opens the door.

The time we're living in is changing nature. Will it change the nature of story?

ALI SMITH is the author of many works of fiction, including, most recently, Winter, Autumn, Public library and other stories, and How to be both, which won the Baileys Prize for Women's Fiction, the Goldsmiths Prize, and the Costa Novel of the Year Award. Her work has four times been short-listed for the Man Booker Prize. Born in Inverness, Scotland, she lives in Cambridge, England.

“Bracing . . . [Spring] taps deeply into our contemporary unease. It’s always alive . . . Smith embeds her politics in interlocking plotlines that flow like waking dreams, in melodies and countermelodies . . . You never doubt you’re in the presence of a serious artist . . . Smith’s vision isn’t fundamentally pessimistic . . . There’s too much squirming life in her fiction, slashes of cleansing light for those who seek it.”
—Dwight Garner, The New York Times

“Among my favorite contemporary authors, Ali Smith leads the parade. I love the brassy blast of her outrage at the world's injustices and the drumbeat of her passion for the arts. . . . I love her clever wordplay, her insistence on the life-enhancing possibilities of love and decency, and her ability to compose artful literature that sings of both humanity's heart and heartbreaks. All of these qualities are on abundant display in Spring, the third volume of Smith's seasonal quartet. While it's hard to top There but for the (2011) and How to be both (2014), it looks like Smith may end up doing that with this remarkable project. . . . Each volume revolves around different characters, so it's fine to read them individually, or in no set order. But you'd risk missing the swell of  Smith's moral fury and the deliciously subtle through-lines and connections she plants in each book. . . . Spring uncoils strikingly, like a vernal fern. . . . Smith reminds us: ‘Hot air rises and can not just carry us but help us rise above.’ So can her novels.”
—Heller McAlpin, NPR

“[Smith is] the most audacious political novelist in the language . . . Our refugee crisis, sex trafficking, the West's pathetic responses: All weigh heavily on her. But as in Mohsin Hamid's Exit West there's a whiff of magic, the flicker of redemption. Spring skips playfully across time and perspectives . . . The prose here is vintage Smith: slangy and acerbic but speckled like a quail's egg with lyrical insights. What Richard observes about Mansfield's writing could also apply to this author: ‘She is funny . . . brilliant, tricksy, arch, flirty, charming, and full of an unfathomable energy . . .’ With its inventive twists, all-too-human cast and wrenching political reckoning, Spring ushers in a fresh season of Ali Smith's genius. Summer beckons, just ahead.”
—Hamilton Cain, Minneapolis Star Tribune

“Spring [is] at once, both the most stark and the most hopeful of the series . . . The dialogue . . . sparkles with humor and intelligence . . . The joy of reading Smith is that you know that many of the disparate pieces will make sense by the time the book is completed. Reading Smith’s work for a second time is a true joy, as the raw bits are now knitted together, a whole made out of parts, yet another incarnation of the ‘unexpected afterlife,’ the glimmer of hope and of spring.”
—Laura Spence-Ash, Ploughshares

“Not only is [Smith] prolific, but her work is consistently brilliant. . . . By showcasing the prismatic meanings and usages of words, Smith creates ‘word art’ within the novels and produces a layering or Russian nesting doll effect: each book, itself a work of art, converses with various other artworks. . . . Our personal experiences with art and nature have the power to transform us. Reading Ali Smith allows one to hope that these individual transformations, collectively, hold the promise of a better world.”
—Lori Feathers, Bookmarks

“Smith’s genius in these three books has been to use art and literature to navigate through the froth of the present moment with such a light touch that she rarely seems to lecture . . . Florence is a classic Smith trope: the stranger who can reawaken characters’ dormant imaginations and emotions, break the frozen sea within. She is also, as she points out when told off for naivety in questioning society’s attitude to national borders, just a 12-year-old girl—‘What do you expect?’ With schoolchildren currently leading climate change protests, her inclusion in the novel is a beautiful piece of synchronicity, and the sparky, buzzy banter between her and Brit is brilliantly done . . . This is a novel that contains multitudes, and the wonder is that Smith folds so much in, from visionary nature writing to Twitter obscenities, in prose that is so deceptively relaxed. Jokes detonate throughout, from the bleak to the whimsical, as surprising and moving connections are revealed between all three novels . . . As her Seasonal Quartet moves towards completion her own role in British fiction looks ever more vital.” —Justine Jordan, The Guardian

“Spring, the third installment in Ali Smith’s series of novels about modern Britain, bursts with the bruised hope of redemption. Smith’s seasonal quartet of novels is a bold and brilliant experiment. Starting in 2015, the author embarked on writing four novels with a tight turnaround, handing in the manuscripts as the printing press was humming . . . For the stately world of literary publishing, this pace is revolutionary. The latest novel turns its gaze on the migrant crisis and the rise of nationalism. It burns with moral urgency at the same time as feeling timeless and playful . . . What has happened to Britain? It’s a question that echoes through the seasonal series and reaches a perfectly pitched hymn of fury in Spring. And it’s not just Britain . . . Smith writes of our globalized world . . . The ending isn’t straightforward sunshine, but we get a glimpse of the moral power of the young generation, ordinary people’s timeless urge to resist injustice, and the enduring consolations of art. Spring is an astonishing accomplishment and a book for all seasons. “ —Ceri Radford, The Independent (London)

“The third part of Ali Smith’s Seasonal Quartet, Spring, is timely not only because of its March release date, but because it weaves a story around the most pressing issues of our time: Brexit, the internet, the environment and immigration . . . Smith finds delicious new tragic and comic moments everywhere . . . Despite the stark indictment of humanity’s evils that this bubbling, babbling brook of a book contains, the real story is the eternal, deep pulse of nature doing its thing, oblivious to our sordid ways. Nature, in Smith’s hands, is a strange sort of mother, as are all the other women in Spring: unsentimental, wise, foul-mouthed and kind. Not unlike their creator. She tells stories in a voice you can’t help but listen to.” —Melissa Katsoulis, The Times of London

“All is revealed in the spring of 2019. As in the first two books, Smith alludes to contemporary issues, such as #MeToo, Brexit, and fake news, but on immigrants she grabs a megaphone . . . Roots, shoots, and buds abound amid myriad references to death and rebirth, from the Hanged Man pub to Orpheus, Norse mythology's Ragnarok, and Shelley's ‘The Cloud.’ The three novels have a few common elements—the pain and pleasure of creativity; the pairing of an older adult and an intelligent youth; the showcasing of an English female visual artist, here Tacita Dean—but they are self-contained and increasingly urgent in their hope that art might bring change . . . Smith's work is always challenging and always rewarding.” —Kirkus Reviews [starred review]

“The third book in Ali Smith’s quartet is her best yet, a dazzling hymn to hope, uniting the past and present . . . It feels like two things are happening here. First, Smith is increasingly recognizing the narrative possibilities of this new type of storytelling, finding deeper and more compelling ways of getting under the skin of her times. There’s something else, though. While reading Spring, I became suddenly aware of the extraordinary meta-novel—the year—that the quartet will form once it’s complete, and how thrilling and important that book will be . . . Now it’s possible to recognize quite how dazzling the interplay of ideas and images between the four books will be . . . There’s so much to say about this luminous, generous, hope-filled novel . . . All of this rich material feels amplified by the echoes and resonances that thrum between Spring and its predecessors. [Smith] has always been a profoundly moral writer, but in this series of novels she is doing something more than merely anatomizing the iniquities of her age. She’s lighting us a path out of the nightmarish now.” —Alex Preston, The Observer 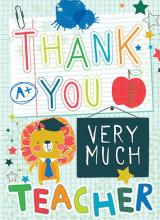