There Will Come a Darkness (The Age of Darkness #1) (Hardcover) 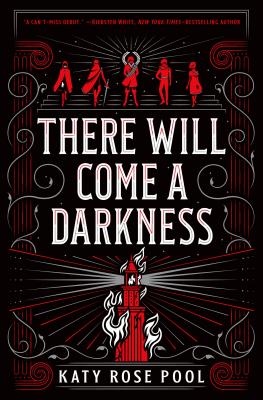 This is book number 1 in the The Age of Darkness series.

The first book in what I believe to be an epic fantasy series, There Will Come a Darkness is the next best YA fantasy. With five point-of-views from characters of different sexes, races, and orientations, it allows for a wide audience of fantasy fans to enjoy and devour. I lost myself in this gloriously brilliant debut. Fans of Six of Crows and An Ember in the Ashes will be in welcome and familiar company.

Leigh Bardugo's Six of Crows meets Kristin Cashore's Graceling, with a dash of Winter is Coming, in this showstopping debut YA fantasy--and recipient of FOUR starred reviews!

"One of the most stunning debuts of the year." —Seventeen

The Age of Darkness approaches.
Five lives stand in its way.
Who will stop it . . . or unleash it?

For generations, the Seven Prophets guided humanity. Using their visions of the future, they ended wars and united nations—until the day, one hundred years ago, when the Prophets disappeared.

All they left behind was one final, secret prophecy, foretelling an Age of Darkness and the birth of a new Prophet who could be the world’s salvation . . . or the cause of its destruction. With chaos on the horizon, five souls are set on a collision course:

A prince exiled from his kingdom.
A ruthless killer known as the Pale Hand.
A once-faithful leader torn between his duty and his heart.
A reckless gambler with the power to find anything or anyone.
And a dying girl on the verge of giving up.

One of them—or all of them—could break the world. Will they be savior or destroyer? Perfect for fans of Throne of Glass, Children of Blood and Bone, and An Ember in the Ashes.

Praise for There Will Come a Darkness

“Even in a world filled with graces and prophets, the real magic of There Will Come a Darkness is in how Pool has crafted her heroes—messy, flawed, and so beguilingly human. I dare you not to fall madly in love with all of them.” —Laura Sebastian, New York Times bestselling author of Ash Princess

Katy Rose Pool was born and raised in Los Angeles, California. After graduating from UC Berkeley with a degree in history, Katy spent a few years building websites by day and dreaming up prophecies by night.

Currently, she resides in the San Francisco Bay Area, where she can be found eating breakfast sandwiches, rooting for the Golden State Warriors, and reading books that set her on fire. There Will Come a Darkness is her first novel.

“There Will Come a Darkness is a can’t-miss debut from an exciting new talent. I defy you not to lose yourself in this vast, luscious fantasy.” —Kiersten White, New York Times bestselling author of And I Darken

"If you've been waiting for the next big fantasy series, it has arrived." --The Amazon Book Review

"One of the most stunning debuts of the year." —Seventeen

“Even in a world filled with graces and prophets, the real magic of There Will Come a Darkness is in how Pool has crafted her heroes—messy, flawed, and so beguilingly human. I dare you not to fall madly in love with all of them.” —Laura Sebastian, New York Times bestselling author of Ash Princess

* "Pool accomplishes a masterful balance of exposition, action, and characterization . . . full of genuinely surprising and interesting twists that will have readers anxious to get to the last page. [F]ans of Bardugo’s Six of Crows will notice similarities between the narrative styles. [R]omance readers will revel in the beginnings of a few steamy relationships (one straight, one queer)." —The Bulletin of the Center for Children's Books, STARRED review

"A sweeping, ambitious fantasy that pulled me into a world of corruption, dark prophecy, and ultimately, hope. [G]ripped me until the very last pages." —Julie C. Dao, author of Forest of a Thousand Lanterns

"A beautiful woven fantasy of prophecy, intrigue and unforgettable characters. There Will Come a Darkness feels both utterly original and like the best of classic fantasy" —Tasha Suri, author of Empire of Sand

"Reading this intricate YA fantasy, you get the feeling Katy Rose Pool’s plot is always seven steps ahead of you. You’ll want to catch up as quickly as possible." —Refinery 29 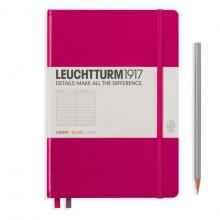