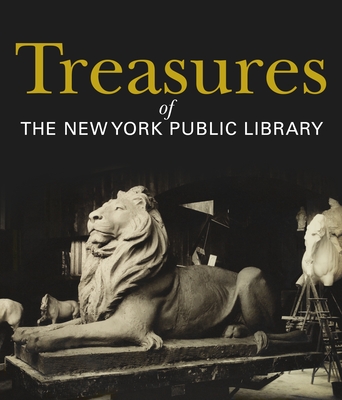 In honor of the NYPL’s 125th anniversary, the library is opening its first ever permanent exhibition in the exquisite Gottesman Hall on the first floor of its iconic 42nd Street Building: The Polonsky Exhibition of The New York Public Library’s Treasures.

Treasures is the official book to accompany the exhibition: a sumptuous four-color volume that showcases the depth and breadth of the library’s holdings. Filled with the creations of history-makers and influencers who changed the world, Treasures includes such diverse items from NYPL’s collections as the Declaration of Independence written in Thomas Jefferson’s hand; the original Bill of Rights; Charles Dickens’s desk; George Washington’s handwritten farewell address; manuscript material from authors such as Maya Angelou, Charles Dickens, T.S. Eliot, Jack Kerouac, Vladimir Nabokov, Mary Shelley, Virginia Woolf, and many others; a Gutenberg Bible; Malcolm X’s briefcase; the original Winnie-The-Pooh dolls; the only existing letter from Christopher Columbus to King Ferdinand regarding his discovery, and a Sumerian cuneiform tablet ca. 2300 BC.

Treasures is The New York Public Library’s gift to the world.

The New York Public Library is a free provider of education and information for the people of New York and beyond. With 92 locations—including research and branch libraries—throughout the Bronx, Manhattan, and Staten Island, the Library offers free materials, computer access, classes, exhibitions, programming and more to everyone from toddlers to scholars, and has seen record numbers of attendance and circulation in recent years. The New York Public Library serves more than 18 million patrons who come through its doors annually and millions more around the globe who use its resources. To offer this wide array of free programming, The New York Public Library relies on both public and private funding. Learn more about how you can help support the library on their website.