Faster: How a Jewish Driver, an American Heiress, and a Legendary Car Beat Hitler’s Best (Hardcover) 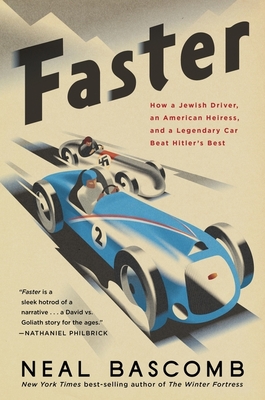 Racing over 200 mph with no seat belt, helmet, or safety... this is the true story of Rene' Dreyfus, a Jewish driver and Lucy Shell, the American heiress who financed him. Suspenseful action and a fascinating history of European motorsport during Hitler's rise to power.

For fans of The Boys in the Boat and In the Garden of Beasts, a pulse-pounding tale of triumph by an improbable team of upstarts over Hitler’s fearsome Silver Arrows during the golden age of auto racing.

They were the unlikeliest of heroes. Rene Dreyfus, a former top driver on the international racecar circuit, had been banned from the best European teams—and fastest cars—by the mid-1930s because of his Jewish heritage. Charles Weiffenbach, head of the down-on-its-luck automaker Delahaye, was desperately trying to save his company as the world teetered toward the brink. And Lucy Schell, the adventurous daughter of an American multi-millionaire, yearned to reclaim the glory of her rally-driving days.

As Nazi Germany launched its campaign of racial terror and pushed the world toward war, these three misfits banded together to challenge Hitler’s dominance at the apex of motorsport: the Grand Prix. Their quest for redemption culminated in a remarkable race that is still talked about in racing circles to this day—but which, soon after it ended, Hitler attempted to completely erase from history.

Bringing to life this glamorous era and the sport that defined it, Faster chronicles one of the most inspiring, death-defying upsets of all time: a symbolic blow against the Nazis during history’s darkest hour.

NEAL BASCOMB is the national award-winning and New York Times best-selling author of The Winter Fortress, Hunting Eichmann, The Perfect Mile, Higher, The Nazi Hunters, and Red Mutiny, among others. A former international journalist, he is a widely recognized speaker on the subject of war and has appeared in a number of documentaries. He lives in Philadelphia. For more information, visit http://nealbascomb.com or Twitter @nealbascomb.

“The story of the speed revolution is long and complicated, but many of its parts are amenable to heroic narration . . . money is spent and lives are lost . . . champions rise and barriers fall . . . Grandeur and grandiosity abound. It makes for the kind of history movie producers love. Neal Bascomb’s new book, Faster . . . is this kind of history . . . Like many of the cars that race through it, Faster . . . keeps a brisk pace . . . Fresh, and told in vivid detail . . . [Bascomb] describes the twists and turns of the 1930s Grand Prix races as if he’d driven the courses himself.”
—New York Times Book Review

“[A] well-researched account of the 1938 Grand Prix in Pau, France . . . Excellent . . . [Bascomb] moves with the aplomb of an F1 driver who starts in the middle of the pack and works his way up, car by car, to take the lead . . . Exciting, fast-moving prose.”
—Wall Street Journal

"The 1938 Pau Grand Prix has all the trappings of a blockbuster Hollywood film: cars, chaos, colorful characters, a competition between good and evil—in this case France and Nazi Germany. But until Neal Bascomb . . . decided to make the race the focus of his latest book, the tale remained little-known. Now, the story . . . has come roaring to life in truly cinematicfashion."
—Smithsonian

“If Hollywood wants to continue its love affair with motorsport movies (Ford v Ferrari, The Art of Racing in the Rain), someone should immediately start turning Faster: How a Jewish Driver, an American Heiress, and a Legendary Car Beat Hitler’s Best into a screenplay . . . Faster has all the elements of a Hollywood blockbuster . . . Faster not only is the title of the book, but the way you’ll be reading as you go further into its pages . . . The book is so delightfully detailed you might wonder if Bascomb hadn’t been present to see the drama unfold.”
—Classic Cars Journal

“Faster is a full-throttle reminder of the power of heroes to inspire us in dark times. Neal Bascomb has brought to life a gripping, expertly researched tale of an unlikely band of dreamers who risked everything to challenge evil.”
—Mitchell Zuckoff, New York Times best-selling author of Lost in Shangri-La and 13 Hours

“Sport, politics, and human passion collide in this sizzling ride of a book. Bringing the excitement of motor racing to life on a page is no easy task but Bascomb succeeds hugely. Rene Dreyfus’s victory over the Nazis is a victory for us all.”
—A.J. Baime, New York Times best-sellingauthor of Go Like Hell and The Accidental President

“Like one of the race cars Neal Bascomb so elegantly describes, Faster is a sleek hotrod of a narrative. Replete with fascinating characters, with a historic backdrop full of angst and menace, this is a David vs. Goliath story for the ages.”
—Nathaniel Philbrick, New York Times best-selling author of Mayflower and In the Hurricane’s Eye

“An American heiress and outcast Jewish driver team up to defy Hitler: it could be a Tarantino movie, but it really happened. Neal Bascomb brilliantly unspools their story with all the thrills, surprises, and danger of pre-war Grand Prix racing. A fascinating plunge into an era when daring drivers raced fast cars beneath gathering storm clouds, Faster is a tour de force, and deserves a place on everyone’s must-read list.”
—Garth Stein, New York Times best-selling author of The Art of Racing in the Rain

“Neal Bascomb’s spellbinding new book does for motorsports what Seabiscuit did for horse racing and Boys in the Boat did for rowing: with a race in every chapter, every turn of the page makes your heart beat a little—yes—faster.”
—Sarah Rose, best-selling author of D-Day Girls

“Popular historian Bascomb delivers an engaging narrative, filled in with generous profiles of the principal drivers, sponsors, and the fraught era in which they operated. Of special interest to racing fans and readers of WWII.”
—Booklist

“Auto racing takes on the von Clausewitz–ian guise of war . . . A luminous book of sports history that explores a forgotten corner of the history of the Third Reich.”
—Kirkus Reviews

“An exuberant chronicle . . . Bascomb packs the book with colorful details and expertly captures the thrill and terror of early-20th-century auto racing. This rousing popular history fires on all cylinders.”
—Publishers Weekly

“Bascomb's well-researched book is filled with fascinating characters, who look death in the eye as they chase the checkered flag. His story of the triumph of good over evil is one for the ages.”
—Bennington Banner

“If you are used to reading about this era in the form of dry statistics and detached racing reports, you will find this book invigorating . . . [It] has the sweep and flow of a novel. If you’ve ever been curious in the slightest about this grand era of motor racing, when cars served as surrogates for nations, we highly recommend you pick this one up.”
—Hemmings Motor News

“An astonishing account of a singular victory . . . Highly recommended for historians and aficionados of pre-World War II motorsport competition and its larger-than-life contestants.”
—Library Journal

“This is an important book . . . All these years after it took place, that the good guys (René Dreyfus, Lucy Schell and the Delahaye 145) bested the bad guy (Adolf Hitler and those doing his bidding, not to mention all the money he could throw at it), will become more widely known… A ripping good adventure story . . . As Bascomb’s story telling skills are on display on every page of Faster, so too is his attention to meticulous research…Faster is, quite simply, a fast-moving, entertainingly good read about real people and real events.”
—Society of Automotive Historians'Journal

“Speed demons in need of a little zoom will want to find Faster by Neal Bascomb, a book about a race car driver who was the victim of racism; an automaker who was the victim of financial mayhem, and an heiress who dreamed of her youth. Add in a bit of history, Nazi Germany, and a fast-paced story and really: how can you resist?”
—The Bookworm

“Bascomb is an accomplished writer . . . Compelling . . The prelude to World War II, of course, is the underlying theme, but like the Berlin Olympics in ’36, the epic struggle of the war is foreshadowed by the epic struggles on (and off) a racetrack.”
—Texas Garage

“The sweeping story unfolds like a race, with the narratives of three central figures brought together in pursuit of one goal, and how that goal escalates and deepens page after page until the last heart-pounding lap.”
—Motor Authority 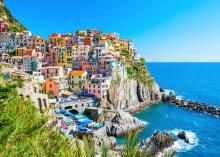 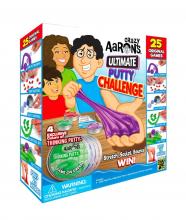 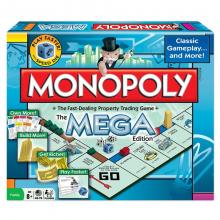