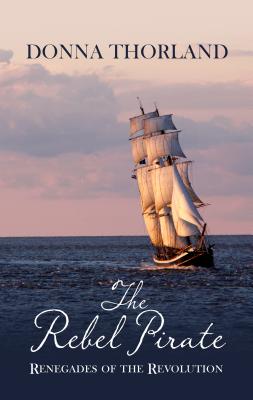 By Donna Thorland
Email or call for price.
Out of Print

Graduating from Yale with a degree in Classics and Art History, Donna Thorland managed architecture and interpretation at the Peabody Essex Museum in Salem, MA, for several years. She then earned an MFA in film production from the University of Southern California School of Cinematic Arts. She has been a Disney/ABC Television Writing Fellow and a WGA Writer's Access Project Honoree, and has written for the TV shows "Cupid" and "Tron: Uprising." The director of several award-winning short films, her most recent project aired on WNET Channel 13. Her fiction has appeared in "Alfred Hitchcock's Mystery Magazine, " and she is the author of "The Turncoat," the first novel in her Renegades of the Revolution series.