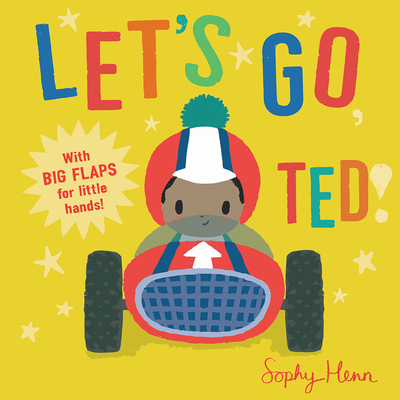 Ted is a sweet, imaginative toddler, and in Let’s Go, Ted!, readers are shown just how far his limitless imagination can take him—and how a simple cardboard box can be anything from a race car to a rocket ship!  Featuring big flaps that are ideal for little hands, Let’s Go, Ted! allows children to follow Ted’s imagination as he transforms a box into a race car, a digger, a submarine, a train, and a zooming rocket ship!

Sophy Henn was nominated for the Kate Greenaway Medal in 2015 and shortlisted for the Association of Illustrators World Illustration Awards in 2014. She was also the World Book Day Illustrator in both 2015 and 2016. Her first book with Abrams, Bedtime, Ted!, will release in March 2018. She lives and works in Sussex, England.