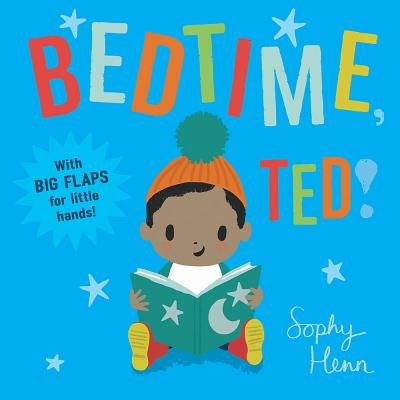 Ted is a sweet but willful toddler. In Bedtime, Ted!  his parent tells him it’s time for bed, but Ted’s not ready yet! First he has to take a bath, have a snack, brush his teeth, and get all the wiggles out.

In this book, each spread has a gatefold with big flaps perfect for little hands. When the gatefold is closed, Ted tells his parent that he can’t go to bed just yet because he has something to do first. When the gatefold opens, readers can see what that something really is. The second book in the series, Let’s Go, Ted! will release in Fall 2018.

Sophy Henn was nominated for the Greenaway Medal in 2015 and shortlisted for the AOI Illustration Awards in 2014. She was also the World Book Day Illustrator for 2016. She lives and works in Sussex, England.