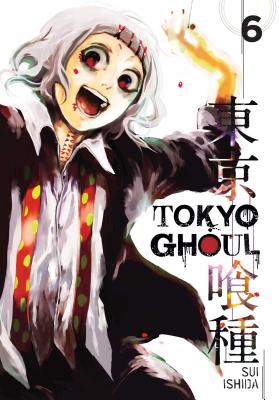 This is book number 6 in the Tokyo Ghoul series.

Things heat up in the 11th Ward as the CCG investigates the high rate of investigator deaths. Kaneki has an explosive run-in with Aogiri Tree, essentially a Ghoul Gang, run by a Ghoul known only as the One-Eyed King.