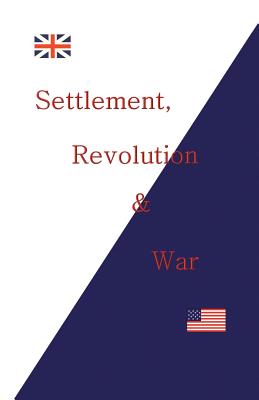 This is Mr Landry's Second book on the history of Nova Scotia. The first was, The Lion & The Lily, which covered the history of the period from 1600 to 1760. This book, Settlement, Revolution & War, the second in an intended series, picks up where the last left off and covers the period up to 1815.

Within a year of the arrival of the Loyalists from the new United States, in 1784, the population in Nova Scotia had trebled. The resulting pressure on the old inhabitants is background to a stimulating historical saga that can be told: a story of a bachelor prince of the powerful House of Hanover and his French mistress - a story of a Governor who had been appointed by this powerful House - a story of a lieutenant-governor's Wife who was quite prepared to show, in an intimately physical way, her appreciation for political favors bestowed - a story of a bloody sea war between Britain and the young United States, and the critical role played by Nova Scotia - a story of a young elected representative, and how he took on the establishment and won - a story out of Canada's past, when the world was green.

Peter Landry received degrees from St. Marys University (commerce) and from Dalhousie University (law). For thirty years he has been in general practice. He has given lectures at schools, universities and conferences throughout Canada. In addition to his professional interest in the law, he has developed interests in the areas of history, philosophy and economics. His website, www.blupete.com was established in 1998 and has proven to be a hit with both history and genealogy buffs. This is Landry0/00*as fifth book.