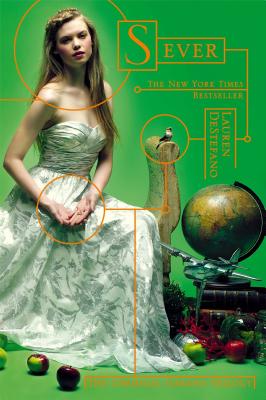 This is book number 3 in the The Chemical Garden Trilogy series.

Time is running out for Rhine in the conclusion to the New York Times bestselling Chemical Garden Trilogy.

With time ticking until the virus takes its toll, Rhine is desperate for answers. After enduring Vaughn’s worst, Rhine finds an unlikely ally in his brother, an eccentric inventor named Reed, and she takes refuge in his dilapidated house. However, the people she left behind refuse to stay in the past. While Gabriel haunts Rhine’s memories, Cecily is determined to be at Rhine’s side, even if Linden’s feelings are still caught between them.

Meanwhile, Rowan’s growing involvement in an underground resistance compels Rhine to reach him before he does something that cannot be undone. But what she discovers along the way has alarming implications for her future—and on the past her parents never had the chance to explain.

In this breathtaking conclusion to Lauren DeStefano’s Chemical Garden trilogy, everything Rhine knows to be true will be irrevocably shattered.

A “harrowing debut . . . DeStefano has an observant and occasionally pitiless eye, chronicling the cruelties, mercies, and inconsistencies of her young characters. . . . It will be intriguing to see how DeStefano develops [the larger world] as this promising trilogy progresses.”
— PW, starred review

“Lauren DeStefano crafts an all too believable future. I loved the world, the romance, the writing -- exactly the kind of book I've been craving to read.”
— Carrie Ryan, New York Times bestselling author of THE FOREST OF HANDS AND TEETH