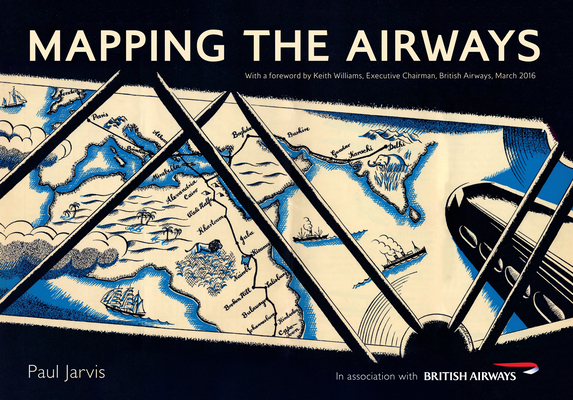 Maps have long held a fascination for travellers and would-be travellers alike. Drawing on fascinating and unique material from the British Airways archive, curator Paul Jarvis focuses on the beautiful map artwork used over nearly 100 years of history to chart our voyages through the skies - from early adverts to twenty-first-century on-board moving maps - and the vital maps and charts used by pilots and navigators. The progression of artistic styles used through the decades and the use of maps, technical or stylised, to present vital information or to promote the appeal of air travel is presented in striking full colour. Authorised by British Airways and with a foreword by Keith Williams, the Executive Chairman of British Airways, this book shows the enduring power of maps to spark our imagination.

Paul Jarvis was the Assistant Company Secretary at British Airways between 1992 and 2003. Retiring in 2003 he volunteered for the honorary role as curator of the British Airways Heritage Collection. The role was to safeguard and preserve the Collection as a national resource and to develop its potential as a source of heritage information and knowledge to support British Airways business. Paul is 70 and has worked for nearly 50 years in various managerial roles at British Airways since joining BOAC, a predecessor company of British Airways, as a clerk on 6 June 1966. Paul is married with two daughters. He has written four published books about British Airways history."