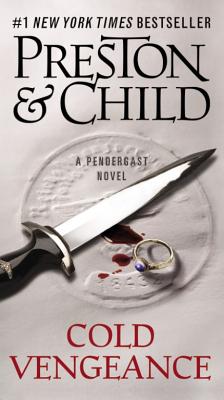 This is book number 11 in the Agent Pendergast Series series.

Twelve years ago, Special Agent Pendergast's beloved wife was murdered during an African safari -- and now, he's on a quest for revenge.
Devastated by the discovery that his wife, Helen, was murdered, Special Agent Pendergast must have retribution. But revenge is not simple. As he stalks his wife's betrayers--a chase that takes him from the wild moors of Scotland to the bustling streets of New York City and the darkest bayous of Louisiana--he is also forced to dig further into Helen's past. And he is stunned to learn that Helen may have been a collaborator in her own murder.

"Preston and Child continue their dominance of the thriller genre with stellar writing and twists that come at a furious pace. Others may try to write like them, but no one can come close. The best in the business deliver another winner."—RT Book Reviews

"Like an Indiana Jones movie, the action starts on the very first page with a shootout on the moors of Scotland, and travels around the globe and provides a thrill, a chill, (and sometimes a smile) on every page."—Asbury Park Press