Call to Arms: The 1812 Invasions of Upper Canada (Paperback) 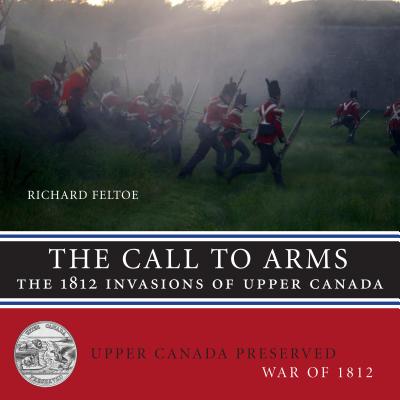 From 1812 to 1815 a war was fought between the United States and Britain that decided the destiny and future of North America.

The Call to Arms is the first of six books in the series Upper Canada Preserved -- War of 1812. Each book in this battlefield-based chronicle combines the best of modern historical research with extensive quotations from original official documents and personal letters to bring to life this crucial period of Canada's early history. Numerous historical images of locations are counterpointed with comparable modern perspectives to give a true then-and-now effect. Custom-drawn maps are also included to trace the course of individual battles stage-by-stage, while placing and moving the shifting formations of troops across a geographically accurate battlefield.

In this first entry in the series, the focus is on the 1812 invasions of Upper Canada: the Battles of Detroit, Queenston Heights, and Frenchman's Creek, and features such figures as Major General Isaac Brock, Brigadier General William Hull, Major General Roger H. Sheaffe, and Tecumseh, among others.

Richard Feltoe was born in Newcastle-upon-Tyne and holds a degree in economics from the University of London. He is the curator and corporate archivist for the Redpath Sugar Museum and is active as a living history reenactor, portraying the life of a Canadian militia soldier from the Incorporated Militia of Upper Canada regiment in the War of 1812-1815. His other publications include Redcoated Ploughboys. He lives in Brampton, Ontario.