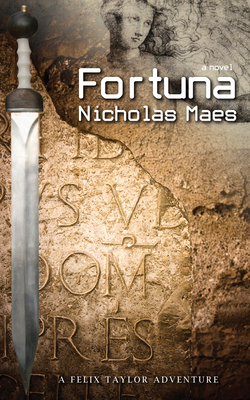 This is book number 2 in the Felix Taylor Adventure series.

Felix Taylor once stopped a devastating plague, but now he must save his world from humankind itself.

It's been a year since Felix Taylor travelled back to ancient Rome and saved his world from a lethal plague. Again his knowledge of Latin seems useless now that life in the 23rd century has returned to normal. But is it really?

A stranger has discovered the time machine and used it to project back into the past. It becomes clear his purpose is to reverse Felix's success, to bring back the plague and doom future generations to death. To make matters worse, this stranger is very close to Felix.

With help from his friend Carolyn, Felix must return to the world of Julius Caesar, as well as a later era divided by religion, to stop the re-emergence of the plague. If he fails to do so, his world will turn to dust like ancient Rome.

Nicholas Maes is a high school history teacher and teaches classics at the University of Waterloo. His previous YA novels include Crescent Star, Locksmith, and Transmigration. Maes's first Felix Taylor Adventure was Laughing Wolf, which was nominated for the Snow Willow Award. He lives in Toronto.