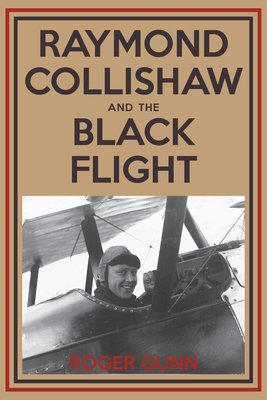 Ever wondered what it would be like to fly a biplane or triplane in the First World War? Raymond Collishaw and the Black Flight takes you to the Western Front during the Great War. Experience the risks of combat and the many close calls Collishaw had as a pilot, flight commander, and squadron leader. Understand the courage Collishaw and his fellow flyers faced every day they took to the air in their small, light, and very manoeuvrable craft to face the enemy.

As the third-highest-scoring flying ace among British and colonial pilots in the First World War, scoring 60 victories, Collishaw was only surpassed by Billy Bishop and Edward Mannock. This book traces Collishaw's life from humble beginnings in Nanaimo, British Columbia, to victories in the skies over France.

Roger Gunn has been a student of history since he was a young boy. When not reading about or researching the history of the First World War, he is an instructor of Human Resources Management at the JR Shaw School of Business at the Northern Alberta Institute of Technology. He currently lives in Edmonton.