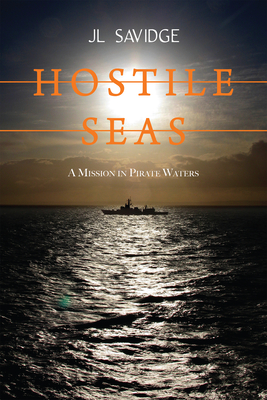 Set during a period of dramatically escalating piracy, Hostile Seas is a personal account of a mission on board a naval warship in the waters off Somalia.

In late 2008, piracy around the Horn of Africa escalated dramatically, threatening the passage of international merchant ships through a critical waterway. Not only were ships carrying goods to North America and Europe affected, but also vessels entrusted with food aid for a Somali population suffering the effects of prolonged drought and civil war.

In response, the Canadian government redirected naval frigate HMCS Ville de Qu bec from the Mediterranean Sea to Somali waters to escort pirate-menaced vessels carrying World Food Programme aid to Mogadishu. Told from the perspective of a ship's officer, Hostile Seas is a personal account of life on board a deployed navy ship that explores the tension between military imperatives and individual needs as a succession of hijackings brings into focus the reality of Somali piracy.

JL Savidge alternates between civilian and military work, incorporating her interest in culture and social justice into each. Hostile Seas is her first book. She lives in Ottawa, Ontario.