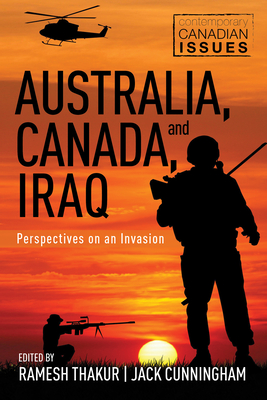 A collection of essays on the war in Iraq; including pieces by Jean Chr tien and John Howard, the prime ministers during the war. When it was declared in 2003, the U.S.-led invasion of Iraq was intensely controversial. While a few of America's partners, like Australia, joined in the war, many, including Canada, refused to take part. However the war in Iraq was viewed at the time, though, it is clear that that war and the war in Afghanistan have had a profound and lasting impact on international relations. Australia, Canada, and Iraq collects essays by fifteen esteemed academics, officials, and politicians, including the prime ministers of Australia and Canada at the time of the war -- John Howard and Jean Chreti n, respectively. This volume takes advantage of the perspective offered by the decade since the war to provide a clearer understanding of the Australian and Canadian decisions regarding Iraq, and indeed of the invasion itself.

Ramesh Thakur is a former United Nations Assistant Secretary-General and Responsibility to Protect Commissioner. Currently the director of the Centre for Nuclear Non-Proliferation and Disarmament in the Crawford School, Australian National University, he has served as an adviser for governments and international bodies. He lives in Canberra, Australia.