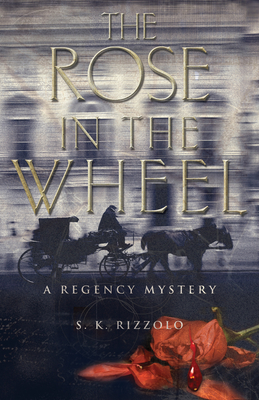 This well imagined, carefully detailed, and cleverly plotted debut draws on actual historical events of 1811 London. Regency London knows Constance Tyrone as the conspicuously celibate founder of the St. Catherine Society, dedicated to helping poor women. One wet November evening a carriage mows down Constance outside her office. Curiously, while her corpse's one foot is bare, the other is shod in a clean satin slipper despite the muddy road. Why was a gentlewoman abroad in the night? And if she died under the wheel, whose hands bruised her neck and stole her monogrammed crucifix? Dismissing the idea of an accident, Bow Street Runner John Chase forms an unlikely alliance with Penelope Wolfe, wife of the chief suspect. A young mother paying the price for an imprudent marriage, Penelope is eager to clear her husband Jeremy, a feckless portrait painter whose salacious drawings of the victim suggest an erotic interest. Chase's first task is to learn the identity of the mysterious benefactor who goes bail for Wolfe while Penelope traces the victim's last movements. Barrister Edward Buckler, intrigued, shakes off his habitual lethargy and joins their investigation. As horrifying murders on the Ratcliffe Highway claim all London's attention, the trio discovers that it won't be easy to unravel the enigma of Constance Tyrone, a woman who revives the legend of martyred St. Catherine.

S.K. Rizzolo was born in Aspen, Colorado, but raised in Saudi Arabia and Libya where her father was employed in the oil industry. Returning to the United States for high school and college, Suzanne earned an M.A. in English. Currently a high school teacher, she lives in Los Angeles with her husband and daughter. The Rose in the Wheel, a mystery set in Regency England, was her first novel, to be followed by the sequel Blood for Blood in 2003.