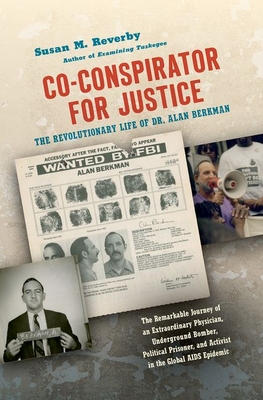 Alan Berkman (1945-2009) was no campus radical in the mid-1960s; he was a promising Ivy League student, football player, Eagle Scout, and fraternity president. But when he was a medical student and doctor, his politics began to change, and soon he was providing covert care to members of revolutionary groups like the Weather Underground and becoming increasingly radicalized by his experiences at the Wounded Knee takeover, at the Attica Prison uprising, and at health clinics for the poor. When the government went after him, he went underground and participated in bombings of government buildings. He was eventually captured and served eight years in some of America's worst penitentiaries, barely surviving two rounds of cancer. After his release in 1992, he returned to medical practice and became an HIV/AIDS physician, teacher, and global health activist. In the final years of his life, he successfully worked to change U.S. policy, making AIDS treatment more widely available in the global south and saving millions of lives around the world.