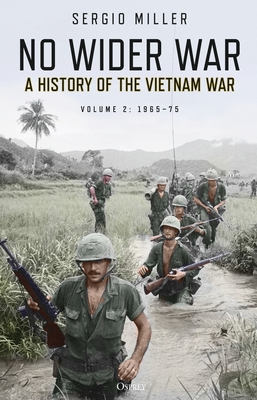 Drawing on the latest research, unavailable to the authors of the classic Vietnam histories, including recently declassified top secret National Security Agency material, Sergio Miller examines in depth both the events and the key figures of the conflict to present a masterful narrative of America's most divisive war.

Sergio Miller is a former British Army Intelligence Corps officer who served in Special Forces. He was deployed to Northern Ireland and undertook assignments in South America and East Asia. In the First Gulf War he served as an intelligence briefer to the UK Joint Commander. Since leaving the regular armed forces he has worked in the defence industry. He continues to support the Reserves and writes regularly on defence subjects.

"An excellent read." —The Armourer