The Army of Ptolemaic Egypt 323 to 204 BC: An Institutional and Operational History (Hardcover) 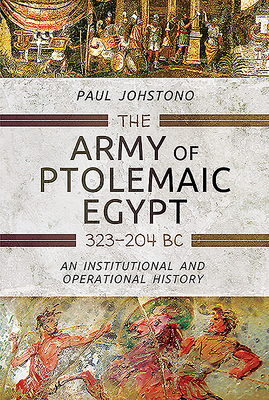 A study of the Ptolemaic army as an institution reconstructed through a wide range of ancient sources, from histories to documentary papyri and inscriptions to archaeological finds.

This work focuses on the period of the first four Ptolemies, from the acquisition of Egypt after the death of Alexander the Great to the great battle of Raphia more than a century later. It offers a study of the Ptolemaic army as an institution, and of its military operations, both reconstructed through a wide range of ancient sources, from histories to documentary papyri and inscriptions to archaeological finds. It examines the reasons for Ptolemaic successes and failures, the causes and nature of military change and reform, and the particular details of the Ptolemaic army's soldier classes, unit organization, equipment, tactics, and the Ptolemaic state's strategy to compile a military history of the golden age of one of the classical world's significant forces.