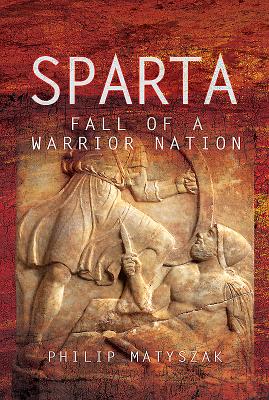 Universally admired in 479 BC, the Spartans were masters of the Greek world by 402 BC, only for their state to collapse in the next generation. What went wrong? Was the fall of Sparta inevitable? Philip Matyszak examines the political blunders and failures of leadership which combined with unresolved social issues to bring down the nation - even as its warriors remained invincible on the battlefield. The Spartans believed their constitution and society above the changes sweeping their world, and in resisting change, they were eventually overwhelmed by it. Yet this is also a story of defiance, for the Spartans refused to accept their humiliation and - although never more than a tiny and underpopulated city-state - for many years their city exercised influence far beyond its size and population. This is a chronicle of political failure, but also a lesson in how to go down fighting. Even with the Roman legions set to overwhelm their city, the Spartans never gave up. Sparta: Fall of a Warrior Nation tells a seldom-told tale, yet one rich in heroes and villains, epic battles and political skulduggery.