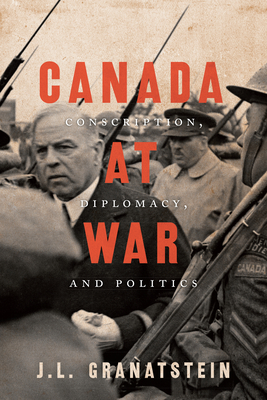 By J. L. Granatstein
Email or call for price.
Out of Print

War can subject nations and their peoples to immense strain, and the dangers both tear societies apart and transform attitudes at a great pace. In this collection of his previously published essays on the two world wars, J.L. Granatstein brings together research from archives in Canada and abroad, illuminating Canada's political transition from the British to American sphere of influence in the first half of the twentieth century.

Canada at War examines the impact of both world wars on Canada and Canadians by examining conscription, foreign policy, and politics, with William Lyon Mackenzie King, Canada's longest-serving prime minister, acting as the book's central figure. Mackenzie King knew that Canada had barely survived the conscription crisis of the Great War, and he strove to avoid similar political strains in the Second World War. In Canada at War, Granatstein reflects on the most significant issues affecting Canadians during the wars, showing how this period ushered change into the Canadian landscape and transformed Canada into the country that it is today.