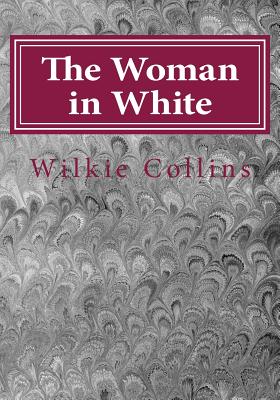 By Wilkie Collins
Email or call for price

The Woman in White is Wilkie Collins' fifth published novel, written in 1859. It is considered to be among the first mystery novels and is widely regarded as one of the first (and finest) in the genre of "sensation novels." The story is sometimes considered an early example of detective fiction with protagonist Walter Hartright employing many of the sleuthing techniques of later private detectives. The use of multiple narrators (including nearly all the principal characters) draws on Collins's legal training, and as he points out in his preamble: "the story here presented will be told by more than one pen, as the story of an offence against the laws is told in Court by more than one witness." In 2003, Robert McCrum writing for The Observer listed The Woman in White number 23 in "the top 100 greatest novels of all time," and the novel was listed at number 77 on the BBC's survey The Big Read. We are delighted to publish this classic book as part of our extensive Classic Library collection. Many of the books in our collection have been out of print for decades, and therefore have not been accessible to the general public. The aim of our publishing program is to facilitate rapid access to this vast reservoir of literature, and our view is that this is a significant literary work, which deserves to be brought back into print after many decades. The contents of the vast majority of titles in the Classic Library have been scanned from the original works. To ensure a high quality product, each title has been meticulously hand curated by our staff. Our philosophy has been guided by a desire to provide the reader with a book that is as close as possible to ownership of the original work. We hope that you will enjoy this wonderful classic work, and that for you it becomes an enriching experience.