The Light Between Oceans: A Novel (Paperback) 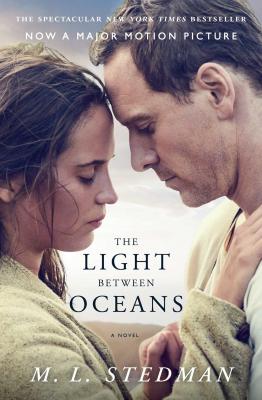 By M.L. Stedman
Email or call for price.
Hard to Find

“An extraordinary and heart-rending book about good people, tragic decisions and the beauty found in each of them.”—Markus Zusak, author of The Book Thief

“Haunting...Stedman draws the reader into her emotionally complex story right from the beginning, with lush descriptions of this savage and beautiful landscape, and vivid characters with whom we can readily empathize. Hers is a stunning and memorable debut.”—Booklist, starred review

“[Stedman sets] the stage beautifully to allow for a heart-wrenching moral dilemma to play out... Most impressive is the subtle yet profound maturation of Isabel and Tom as characters.”—Publishers Weekly, starred review

“The miraculous arrival of a child in the life of a barren couple delivers profound love but also the seeds of destruction. Moral dilemmas don’t come more exquisite than the one around which Australian novelist Stedman constructs her debut.”—Kirkus Reviews, starred review

“A beautifully delineated tale of love and loss, right and wrong, and what we will do for the happiness of those most dear.”
— Tova Beiser

Told with the authoritative simplicity of a fable…Stedman’s intricate descriptions of the craggy Australian coastline and her easy mastery of an old-time provincial vernacular are engrossing. As the couple at the lighthouse are drawn into and increasingly tragic set of consequences, these remote, strange lives are rendered immediate and familiar.”
— The New Yorker